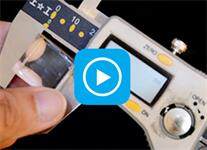 The use in the decoration industry can be described as beautiful, the above for its wood carving for you to do an introduction: first of all, log, log is not processed wood. It is a rare laser processing material in our daily life, and it is easy to be carved and cut. For example, light colored wood, such as birch, cherry or maple, is easily vaporized by laser, so it is suitable for carving. However, because each kind of wood has its own characteristics, we should choose the wood according to the detailed objects we want to carve. We suggest that before carving unfamiliar wood, we should first study the characteristics of the engraving machine.

The second is plywood, which is a kind of natural wood, and also one of the commonly used materials of furniture. In fact, there is not much difference between carving on plywood and carving on wood, but it is important to note that the depth of carving should not be too deep. The edge of the cut plywood will also be blackened like the wood, but the blackening level depends on which kind of wood the plywood is made of.

Generally speaking, the carving on wood is usually Yin carving, and the carving depth is generally deep, so the power is generally set to be high. If you encounter hard wood, you can make the graphic presentation after carving deeper. If you want to make the color lighter, you can improve the carving speed and try carving more times. Some wood in carving will have some fumes attached to the surface of the wood, if the wood has been painted. Use wet cloth to wipe it carefully. If it is not painted, it will be unclean, and the appearance of the finished product will be stained.

Due to the low cost of laser engraving on paper packaging materials, only a quarter of the cost of resin version, laser engraving plate making is widely used as corrugated box packaging plate in the current printing and packaging industry. Laser engraving machine is to dot the way to complete the carving, with a natural disadvantage in gray performance. For this reason, we try to use gray representation in carving design, which is beneficial to increase the coloring process and waste the cost; On the one hand, it enriches the performance of sculpture and adds the level of graphics.

Next, I want to introduce the engraving of laser engraving machine in inorganic glass crafts: acrylic, a rare material in our daily life, is actually a kind of inorganic glass, which is easy to be cut and carved into various shapes and sizes, and the cost is relatively low, so it is natural that it has become a common engraving material in the craft industry.

The frosting effect of inorganic glass produced by casting is very white after laser engraving, which is in sharp contrast with the original transparent texture. It can produce very good effect after engraving; Calendering consumption of inorganic glass after laser carving is still bright, there is not a sufficient contrast effect, so absolutely up to compare less. Therefore, when we buy inorganic glass, we should pay attention to the choice of high-purity glass, otherwise the inorganic glass materials we buy will melt when carving or cutting.

Compared with the traditional cutting method, the laser cutting machine has many disadvantages: the edge of the leather cut by the laser cutting machine is not yellowing, and the edge is automatically rolled or rolled, which is not deformed and hard, and the size is different and accurate; Can cut arbitrary complex shape; High efficiency, low cost, computer design graphics, can cut arbitrary shape any size lace; Machining has no mechanical pressure on the workpiece; Safe operation, complex maintenance, etc.

Due to the combination of laser and computer technology, users only need to design patterns on the computer, and can input and change engraving patterns at any time, so as to complete the idea of designing and producing products at the same time. It can be said that the appearance of laser engraving machine has greatly promoted the development of leather industry.

Laser cutting machine is used in leather industry to break the problems of traditional manual and electric scissors, such as slow speed, difficult typesetting, low efficiency and waste of materials. It has the characteristics of fast speed and complex operation, which has brought great benefits for the development of leather industry. You just need to cut the graphics and size output to the computer, the laser engraving machine will be based on the data on your computer to cut the whole piece of information into the finished product you need. There is no need for cutting tools or molds. At the same time, it can save a small amount of human resources for you, so laser engraving machine is also widely used in the leather industry.

Before: How to use laser cutting machine safely

Next: Maintenance methods and precautions of laser cutting machine